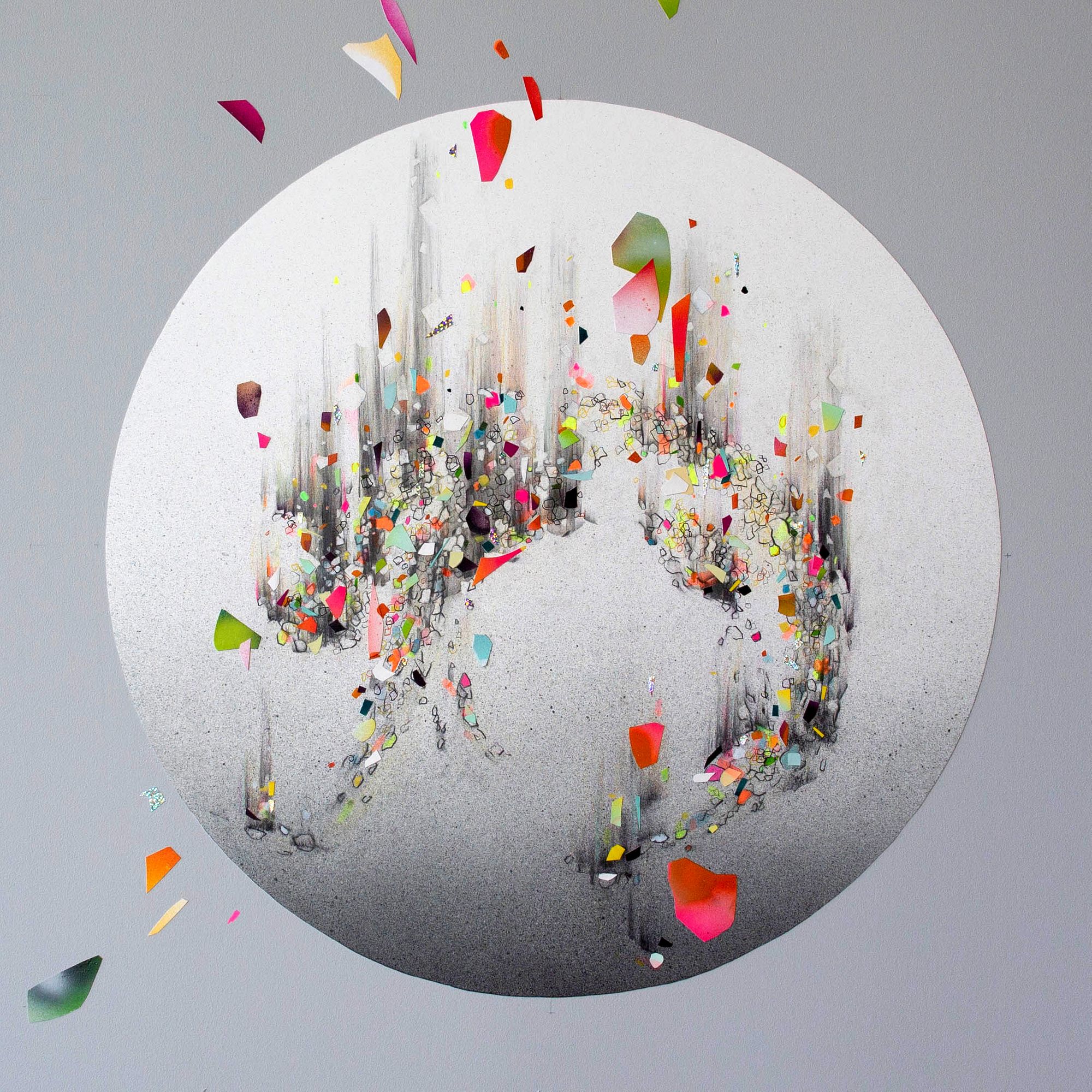 After 75 years of relative peace and increasing prosperity, why is the planet anxious and dividing? Is it restlessness or fear of the future, with technology and a multipolar world challenging our nature? In the west have our beliefs run out, from faith in religions, democracy or science? Where do we put our energy and trust?

Our world of diverse people and cultures that came together after WWII is fracturing yet again. Paradoxically, technology and a shared destiny on climate, health and beyond has made us more connected and dependent on one another than ever before. Will we reach a common consciousness? Even if we do, what happens between now and then? Will we destroy ourselves on the way there? How do we strike a healthy balance between cooperation and competition ?

The pre coronavirus world will slowly return, but it will be one that is more divided within and between countries. Competition as opposed to cooperation. Citizens will be even more suspicious of their governments. Larger national deficits will limit investments. Inequality in income, wealth and opportunity will only increase. Climate issues will take a back seat. Most of us will revert to who we were... We need better.

The US is withdrawing. Europe still doesn’t act as one. Asia continues to rise, yet none of its key countries want to nor could lead today. International institutions have been sidelined. A coalition of the willing is necessary - but who? At a minimum the US and China must cooperate on key issues, yet the opposite is happening. A Western coalition (US & Europe) coexisting with China is a wishful dream.

Allow a multitude of opinions and cultures but cooperate on key issues.

Globalization has shifted the middle class from the West to the East.

To rebuild a shared vision in democracies do we have to endure a period when extremes rule and shock the center?

Look around the world since the start of the century. The human body is healthier. It is our mind that is needing attention. Let’s make the starting decade one of mental renewal.

In a world where nations and cultures are regressing towards their traditional roots, where will we find the oases for creativity, new blood, unconventional ideas and daring?

Soft power is aspirational - is America losing it ? China will need to learn the art of soft power - historically it is used to controlling as opposed to seducing.

Growing up in Europe and up until the millennium there was a model for most: America. The globe was opening up and with it a sense of endless optimism. Today new technologies, globalization and mutilculturalism are being challenged. The world expanded - now it is shrinking. Earth was becoming one - now it’s splintering. From opportunities to limits. It is a if we had reached the limits of the possible, from freedom to consumption. Now a conservative reaction. Exploration returns to a personal journey rather than a global one.

Beyond the difficulties of normal negotiations, the US/China trade conflict is about two parties that operate with different tolerance to pain, objectives and time horizons. Ultimately they have opposite cultures.

The virus reflects the reality of the world today: all is connected and simultaneously we are all isolating and withdrawing. But the retreat is temporary. Globalization will persist, even after a long pause. It's only a matter of time.

With the triumph of the individual have we sacrificed the collective? How do we come together to address issues that affect all: climate, technologies like social networks, AI, gene editing, and systems in need of renovation like democracy and capitalism, as well geopolitical cooperation between different cultures?

Regardless of how well you have done and how well you are organized, the future is always about change. America and China, no matter how unbalanced, are continuously reinventing themselves, at least economically. Can Europe and Germany?

The world was converging - it now has fractured. We have to find a different way to come together.

The future can only be built by coming together, as opposed to apart- even with enemies.

Globalization and technology especially have depressed nominal prices and wages, even though real standards of living are rising. GDP as the measure of wellbeing is therefore misleading. People feel poorer although better off in reality. While productivity benefits accrue to people and society, price decreases create continuous political and psychological challenges.

Empower the individual and encourage a multitude of cultural practices, while cooperating on meta-issues.

In the best of times you want to have an effective and engaged environment, not only within your community, but also in your country. And now, seeing that COVID-19 is a global challenge, wouldn’t you want the world to cooperate too?

We need global cooperation and standards, but people feel out of the conversation. They need local connection.

The planet is ever more connected and technologies ever more powerful. But countries are divided within and between each other, and (in Western nations) governments and the best tech companies don’t cooperate. How from this chaos will we build a safe and prosperous world?

The Covid pandemic is a planetary threat. Science and markets responded with great effectiveness. On the other hand, politics failed, with each nation fending for itself, even if deeply divided within. It accelerated the trend of countries, reverting to their domestic health and self sufficiency. The days of empire building, beyond one’s culture, worldwide ideological battles, and issues of globalization might be over for a while. It is at the cost of cooperation, especially necessary to address climate, health, and security. This internal focus may be needed for western democracies to renovate themselves, for middle eastern nations to reshape, and for identity building in countries in Asia, Africa and South America. Ironically, at a time when planetary commons are needed and possible, each and every participant is inwardly preoccupied. Less foreign interventions, but also less cooperation. A more natural set of coalitions in the west and in the east? Hopefully the dedication to strengthening things at home and between similar cultures will deflect from hostilities between them, yet it may deepen long term confrontation if coexistence is not a part of the effort, especially between China and the US.

Today, those who build the future are fighting those who long to rebuild the past.