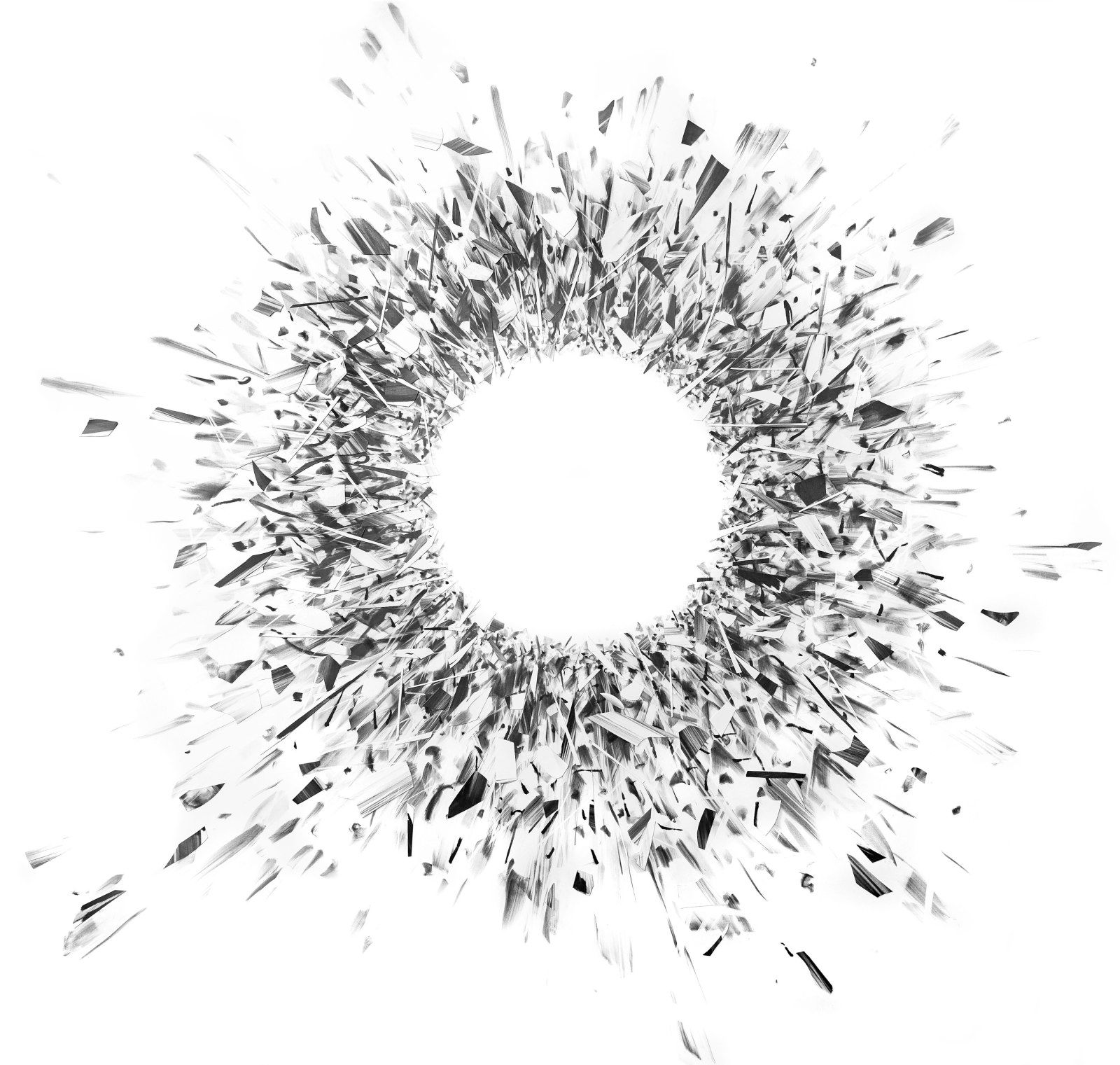 Free will is about the future, beyond the present and the past, always about a becoming.

The notion of free will gives you a sense of self and control. Yet, true freedom comes from letting go.

Free Will as Human Conception

To know if we really have free will is unimportant. Believing in it gives us self confidence, a sense of control, morals and more respect for others (similarly for those who believe in god, what is important is that they have faith, not if there is a god).

Do we have free will or is it the convenience of the human mind, to satisfy the ego and allow us to function within society?

Has the notion of free will developed with evolution and consciousness? Can there be free will without self awareness? Does the reality of free will start with humans?

Our consciousness is self-aware, creating a sense of self which leads us to believe in free will.

When our consciousness acquired self-awareness, creating a sense of self, our will became free (in our minds) and an expression of self.

The idea of free will is a useful construction giving humans dignity, a sense of power and allows them to better function as social animals.

Society, by giving people the illusion of free will, actually conditions them to willingly conform and work together. That doesn’t mean that they truly have choices beyond biology and evolution, So all actions, even the one to end life (suicide) come from nature (biology/evolution).

The challenge for humans is to figure out what to do with their lives, with what they perceive as their Freedom, their Free Will.

Free Will vs. Predeterminism

Free will as opposed to predeterminism gives the opening, the possibility of an evolving universe generating its own future, versus a master algorithm which determines all.

The present is open to the future: turning today to the possibility of tomorrow, allowing for free will as well as unpredictability and elements of chance which foster creativity. It isn’t you alone, isolated, but you in relation to others and the world.

Assume life is predetermined, a simulation, therefore free will is an illusion - yet, even then, let us make the experience of life ours, embracing choices as if we made them. We will always view life personally to find meaning and courage.

Even if life is a simulation and all is predetermined, the notion of free will is essential for our lives - illusions are empowering.

Whether or not life is predetermined, it is the notion of free will and the belief that we can shape our destiny that makes us human and allows us to function in society and carry on.

Once born you are an independent agent, yet not ever separate from the world you live in, but still, you are on your own.

Life becomes yours with agency.

At the start of the universe there is no free will, just the biological urge to live. Thus, with early humans there is a necessity to cooperate for survival and not the true ability to decide freely. Agency increases with evolution.

The notion of free will is empowering in the sense that we believe that we have choices. Owning one’s life is comforting.

The origins of situations and the available options may be predetermined but decisions and execution could be the agent’s. You are dealt a deck of cards at birth and with every round of play - beyond your control, yet how you play your hands is yours.

Free will may not exist, but is relevant in the life of decisions, choices and moral behavior

Humans are distinct from other species in that they have the ability to self improve, to inquire and alter their future. This capacity comes with self awareness. The notion of free will is crucial in the sense that we believe that we have choices.

Do we have free will or is everything mere reflexes—are we adapting to the world versus consciously making decisions.

The initial shock of birth is our awakening to life as autonomy. A signal of life to us, our parents and the universe. This positive life expression created the seeds of all will, including free will. Yet, that this will is beyond just positive life energy, that it might be a choice, that it is free is a question. Still, being born seems like the CHOICE to live and therefore is a powerful precursor to the idea of free will for beings on their way to consciousness and self awareness.

Having decided in favor of life, together with actions, choices, and living becomes one for humans.

Free will is the ultimate tool of empowerment and in a modern society also leads to the notion of responsibility. It will also be what makes the difference for AI’s in “being” for themselves as opposed to “existing.”

Free will may start with the will to live. Will is the energy to be. With birth, a choice is made in favor of life. We want to live. The initial effort and commitment to live was with no intentions or goals except to live. With a human life of self awareness comes the potential of actions, connecting pure will with freedom.

A consciousness that is self aware leads to free will. Was self awareness present during pregnancy or at birth to empower the will to live, as a choice? Or did it come later?

Up to the moment of birth, your life and existence were given to chance - once you are born and choose to live you will live life as yours and even if free will is an illusion, all your actions and non-actions can be claimed as yours. How do you want to live - do you take responsibility for your acts, do you think about them or just experience and endure them?

If everything is predictable there is no room for free will - on the other hand if there is an element of chance this introduces the possibility of choice.

Unconnected dominoes will nevertheless effect change even if not contiguous; producing unpredictability and “jumps” in evolution.

In a world that is biological and algorithmic, there may just be evolution and change, challenging the idea of free will and randomness. This is under the assumption that all is governed by time and space. What if those were collapsed? Then even the notions of evolution and change become questionable.

Is evolution programmed or a random progression? Where to place human actions of “free will”: determined or determining? Makers of history or just part of it?

Technology - The Next Step

The continuing ascension of technology means less and less control by individuals, even if more technology gives them more access, opportunities and connectivity. Yet, a few agents - human, machines or hybrids will have more power.

Modern humans are individualist, meliorist, utilitarian, and prone to wishful thinking with immense unintended consequences. We all have become slaves of progress and networks, and sacrificing some of our freedoms, autonomy and authenticity. Yet that is our destiny, having made a pact with technology to increase and change our knowledge.

Can we allow ourselves to be shaped by technology without an idea of where we are going?

Do we need to give robots the notion of free will so that they feel alive and strive to survive ? Or will the angst of existence activate choices?

Our belief in free will and our self-awareness are that which separates humans from other species. Will AI experience the sensation of freedom and of itself?

To create an AI which is conscious, the animat needs to allow elements of chance and surprise, theoretically freedom and free will.

AI’s can manage political decisions in apolitical ways, yet under what moral and cultural norms?

Does the uncertainty principle and quantum theory challenge free will?

Humans began by believing in the supernatural, in gods that could help and ultimately had intentions, a will. As humans became more knowledgeable and self confident with the Enlightenment, they acquired the idea that they too would possess free will and the ability to decide. Effective AI engines, initially created by humans, are going to be empowered with the faculty to decide, and, finally with consciousness and free will.

As a thought experiment, if AGI is achieved in theory, all is known and controlled by a piece of software or one network. In that case we could imagine that this engine compresses time and space, as in quantum physics, and as such won’t make decisions anymore as all possibilities exist at once.

What is beyond free will and consciousness in evolution? If consciousness (as self awareness), a sense of free will, imagination and the ability to connect  and process emotions and feelings is what makes us most uniquely human today (10,000 years ago no species known to us possessed all those capabilities) what is the next big evolutionary step? Even if Cogito ergo sum  is too narrow and human centered, it is how we function and have progressed. If a more holistic approach is needed as a next step what might it be? One would think it wouldn’t be about human exceptionalism and more in tune with the universe and nature, nature that counts all species including machines and cyborgs . We would expand our “consciousness” to inhabit a larger space beyond ourselves or conversely allow for more of the universe to populate us, including our minds.

Is an existence based on the belief of one’s individual agency a less happy choice than faith in favor of something beyond oneself, like religion?

Protestants and Confucians believe in free will empowering the individual with agency and responsibilities, always --- for decisions and truths. A heavy burden.

Buddhists believe in liberty in action but not in free agents as one goes from one set of momentary elements to another one (all out of one’s control); therefore there is no true freedom.

If everything is one, why are we, others and things apart? Coming to life is separating from the source, becoming oneself - there needs to be a split, an emergence for the individual life to flourish. Independence is a necessary illusion for life. Death is a reunion with the whole, and pre-birth was a Promise, a notional life embedded in the whole.

If you believe that there is a destiny, predetermined, then all can be mapped out without mystery. More likely, we will always be missing a full view, with elements outside of our field of comprehension or imagination. And even if we are at 99% understanding, it is the last 1% that will alter the future. A Joker can always change everything.

If you don’t just define yourself just as separate from « others » you will be happier, be understanding and accepting of their actions, and be less bothered or judgmental. Or if you think of life as a game, as a play, they will seem like a spectacle. You are a participant in what you view as a performance, giving you some ease.

Life is a game. If you doubt it, death and randomness will remind you. That doesn’t take away that you might want to be good at it; yet beyond your control.