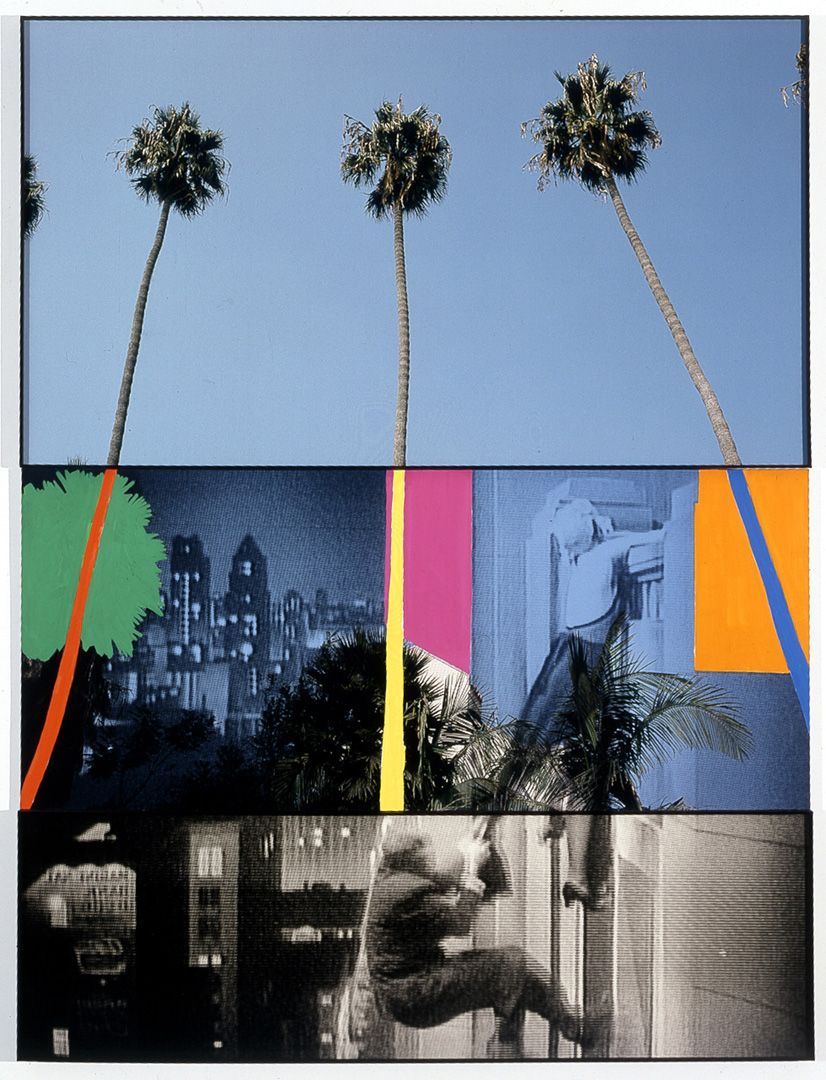 LA: The Factory of Dreams and Disappointments

LA is an eternal mirage— an oasis that will always escape you.

LA as a city is a mirage—you are on your own.

Like the mirage it symbolizes, LA will one day disappear. As they say about movies, not real, at least not lasting…

LA: the world’s cultural source for the last century. It has provided the globe’s narratives, dreams, and fables.

LA is the city of dreams, even if they don’t become reality.

LA is disappointing for a tourist, yet fabulous as a life.

NY, Paris, London, and Rome are brilliant to visit but difficult places to live in.

LA is the perfect countryside city!

In LA you are on your own—free and lost. Unlike most cities which act as a cocoon, or rivers that carry you.

LA is an endless space for souls and cultures.

With virtually no past you have only the future.

In LA, signs are for dreams, and you wonder what is real. Life is.

LA as a city will never be one.

LA is the city of the self - the narcissistic, lonely and empowered self. People forget you but also leave you in peace. Free : for you to lose or find yourself...⁣

In the old world there is one truth—black and white. LA is the opposite. Many truths. Diversity. You are both free and lost.

LA is for those who know themselves, not for those searching.

LA is not a city—it's a space.

LA is not a place, it's a state of mind.

LA is an eternal mirage—the oasis that will always escape you.

LA is more than a city, it's a network of communities..

LA is a network city—appropriate for the digital world.

LA most people don't need a past and many don't have a future.

LA might be for libertarians: everyone can be whomever they desire.

LA is not an urban place, it flows.

LA is an urban carpet.

LA is not forgiving. You have to become whole and emotionally self-sufficient, an almost impossible task in a lovely and selfish place.

Individuals in a desert

LA mirrors our world more and more: distributed, bound together yet unconnected, versus traditional cities.

In LA, no one is really in power. The power is distributed, therefore hard to govern.

In LA it is hard for large projects to get approval outside of downtown, creating opportunities for innovative architecture in houses, but less beyond.

LA is a lonely place, it is for the strong and independent.

In LA you will meet yourself—strong: you will thrive, weak: you will get lost, open minded: you will discover new paths and a different you. The angel will fly, the devil will grow horns.

In LA you travel the world: Tokyo, Mexico City, Capri, New York, Tehran, Addis Ababa, and 100 more within an hour.

Whenever there is a place where different cultures and values gather with people coming and going, a very dynamic situation is created. Development and progress explode.

NY as a city owns you and in LA you own yourself. In LA, you must be able to live with yourself.

NY is communal, LA is non-communal.

In NY you learn to become someone, in LA you learn how to unbecome.

People in LA are self centered, narcissistic, they will forget you. You are in a desert, and may starve until you reach your oasis. NY is dense, nurturing. Often LA isn’t real, NY is real.

It’s the journey in the desert that is one of self discovery, not living in busy cities or oases. LA versus New York.

NY helps you define yourself, LA might undo you.

NY is like a river that will carry you. In LA, you are on your own.

LA looks easy but isn’t—the city won’t help you. You are on your own.

NY looks hard, yet as everyone is on the same path, the city carries you with it, all together.

Someone said: LA is a miserable heaven, and NY a fun hell.

Equally: LA is a fun heaven, and NY a miserable hell.

LA has no Past, Maybe a Future

LA may not have four traditional seasons, it being the city of light.

Some say LA has no culture when in fact it has many. You can't sum them up, yet the city itself provides the world’s culture.

LA is culturally diverse, widely open to imagination and creation, a place with a sunny disposition, daring to change.

LA arguably creates the world’s culture as it is not burdened by a past of conventions. Its main reason to be is to imagine.

LA and California are open and look toward the future. California provides the mental and physical space to think and invent. Facing the Pacific Century.

California has a quality that few places in the world possess: a “sunny side”, and not just physically. The sunny side is a future. Even when clouds appear, California is worth saving, and feeding.

All cities have a dark life, sunny ones like Los Angeles too.

In LA, no matter how unequal, everyone experiences the same bright light, the endless horizon of the city, its infinity, and its connection to nature.

There is a democratic element to Los Angeles if you consider its horizontality, its vastness, and the mental and physical space given to everyone and everything by all its light and sun.

LA is a city in the making, so is our Institute. This is why we are there.

The Bradbury Building and MacArthur Park are urban, historical at the heart of the city.

The Center near the Getty is the opposite. A place remote, giving you space to think. Infinite vistas and skies. A modern day secular monastery.

Los Angeles is a premonition of the new civilization. Linked more to the Third World and Asia than to Europe or America’s racial and cultural roots, Los Angeles and Southern California entered the 21st century as a multiracial and multicultural society.

It’s been a long time since the creation of an environment mixing so many races, nationalities, cultures, and talents. Whenever and wherever different cultures and values assemble, development and progress explode.

After all the upheavals of the 20th century — the wars, the revolutions, the mass migrant movements, the birth of new states, the death of empires—the world that remains is plural, fragmented, a collage. The attempts to unify the planet ideologically, culturally and politically failed.

The collage is a strange structure: a contradiction within itself. On the one hand, different pieces are put together which weren’t meant to be. On the other hand, they are now one. They coexist.They cooperate as a completely new entity. Collages started as art. Artists, with great sensitivity and an ability to understand the world, created this form reflecting reality. Los Angeles portrays the collage as the form of the new civilization. There is no one Culture. There are a multitude in the same place.

In LA, no matter how unequal, everyone experiences the same sunny, bright blue light, the endless horizon of the city, its infinity, and its connection to nature.